The already very limited medical facilities in Guinea have taken strain following the Ebola outbreak.  Several clinics are closed and those normally recommended by Euro-Center Cape Town have an overflow of patients and there is an increased risk of contracting Ebola. Euro-Center views Choithram Memorial Hospital in Freetown as preferred hospital. However, Ebola patients are also treated there and our general view is to avoid hospitals to the extent possible.
An isolation unit has recently been established at Connaught Hospital, with assistance from a UK medical team.  The Rokupa Hospital has opened an Isolation unit with 20 beds.

Transport options out of Sierra Leone is limited, affecting policy holders in need of treatment for various illnesses or injuries, not related to Ebola. Air France and British Airways still do not fly in and out of the country and British Airways has postponed flights until April 2015. Some air evacuation companies will still not land there. Those that are willing to do so have advised that there can be a significant delay, in some cases up to several days.
Many border crossings are closed, and airports have stringent security measures.
The following countries have banned incoming commercial flights and air evacuation from Sierra Leone:

Mali has had three recently confirmed Ebola deaths; two were travellers from Guinea and one is a nurse at the key private hospital Clinic Pasteur, which is now placed under quarantine. Clinic Pasteur is the preferred hospital of Euro-Center Cape Town in Bamako, and we would now refer to Clinique Farako and the smaller facility Dr Aly Guindo’s Clinc.
If Ebola testing is required, for example in order to get a fit to fly certificate, it can only be done at Institute des Grandes Endemies, Bamako.

In general, the medical facilities are limited, and with the closure of Clinic Pasteur even less so.

There are stringent health screenings at airports and border crossings, but otherwise as of yet no official travel bans and limitations. However, given the recent development of the latest Ebola death and the closure of Clinic Pasteur, travel limitations similar to those in Liberia, Guinea and Sierra Leone are most likely to be introduced. Please see these sections. An update will follow once the new guidelines are published.

Ebola has been found in the Equator province. The area has been quarantined. This outbreak of Ebola is however a different strain to the Ebola epidemic in West Africa. The DRC government announced on that the outbreak is under control and that no new cases have been reported since September 2014. However, one should still be cautious and follow strict precautions.
Medical facilities are limited, but the status has not changed since before the Ebola outbreak in this country. Euro-Center Cape Town still recommends Centre Hospitalier du CMK in Kinshasa.  Border crossing in this area has shown to be more complicated and time consuming then usual and Medical reports, laboratory results and full travel history documentation might be needed to proceed.

The following countries have imposed varying levels on travel restrictions on people travelling from Congo DRC, who have been in the area for weeks prior to departure: Mauritius, South Sudan, Namibia and Cape Verde. Anyone being transported out of Congo DRC must provide a very detailed medical report and travel history.

Ebola has been present in Nigeria but the WHO has confirmed that the Ebola spread is stable and contained.
Medical facilities in Nigeria are good in Lagos and Port Harcourt.
Most public institutions, incl. schools and colleges are now open again or expected to open soon.
The Centre for Disease Control (CDC) advises that persons who entered Nigeria on or after 30 September 2014 are not at risk of exposure to Ebola.

The Nigerian government has introduced measures for passengers departing and arriving at all airports, which may cause delays.  Many African countries have also issued varying levels of travel bans for travelers entering from Nigeria. These include the SADC countries, Cameroon, Cape Verde, South Sudan, Gabon, Chad and Gambia. Other countries have strict health checks and visa requirements.
Euro-Center Cape Town has confirmation from European and African air ambulance companies that they can pick up policy holders. Any transport requires a detailed medical report. Anyone with undiagnosed illnesses or fevers will not be accepted.

There has been one Ebola case in Senegal and a number of suspected cases. However, the WHO has confirmed that the Ebola spread is stable and contained.
Medical facilities in Dakar are good and capable of handling a high level of medical cases.

Senegal has closed its border with Guinea and banned travel to and from Guinea, Liberia and Sierra Leone as a preventative measure.

Ebola is not present in Ivory Coast, but given the geographical proximity to the Ebola affected countries it is not unlikely that there is or will be Ebola cases in this country. The medical facilities are limited, but the status has not changed since before the Ebola outbreak. Euro-Center Cape Town still recommends Polyclinique Internationale Sainte Anne-Marie (PISAM) in Abidjan.

Authorities have banned entry for any traveler who has been in an affected country in the last three months. Land borders with Guinea and Liberia have also reportedly been closed. Some border crossings to Ghana are also restricted. There are no transport limitations imposed on the Ivory Coast. However, air evacuation companies will still require more documentation and proof of the patient’s condition before evacuating. 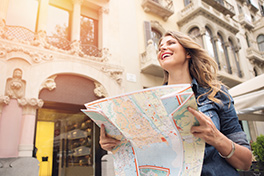 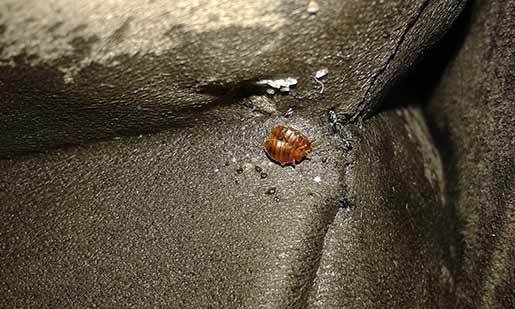